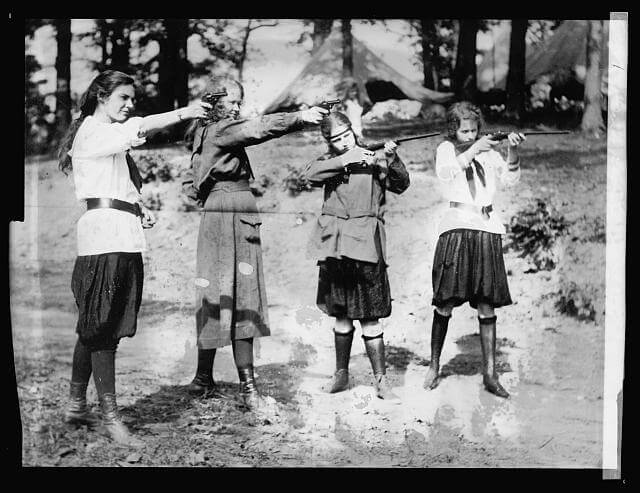 5 Surprising Survival Skills You Can Learn From Girls

As it turns out, the original girl scouts were all about survival skills. And here’s the proof from 1917: a manual entitled How Girls Can Help Their Country. The original Girl Scouts were grade-A survivalists, home-economists, amateur nurses, farmers, gardeners, and dare I say it, “preppers.”  They preserved food, made fire, were thrifty and tidy. Everything that a good person strives to be. Awesome.

So yes, little girls can teach us survival skills. I’ll give you 5 of the most survival-y skills discussed in that manual. These aren’t even the badges, they are the general skills that girl scouts should have.

What follows are direct quotes from the manual with emphasis and/or headings added.

All Scouts should know how to shoot. By this we do not mean that you should go all day behind some big dog and try to kill the birds he finds for you, for that is the most useless form of shooting, all things considered, that can be devised. What we mean is that Scouts should know how to load and fire a gun or other firearm so as not to be at a loss for a means of defense should an emergency arise. It is one of the best means to “be prepared.” Our preference for practice of this kind is a small rifle as it is less dangerous than any form of pistol and it affords excellent training for hand and eye. Avoid, however, the very high power modern firearms—that kind that “shoot today and kill next week,” as there is too much danger of reaching some one that is out of sight. The same may be said of the automatic pistol which fills too large a circle with missiles of sudden death. 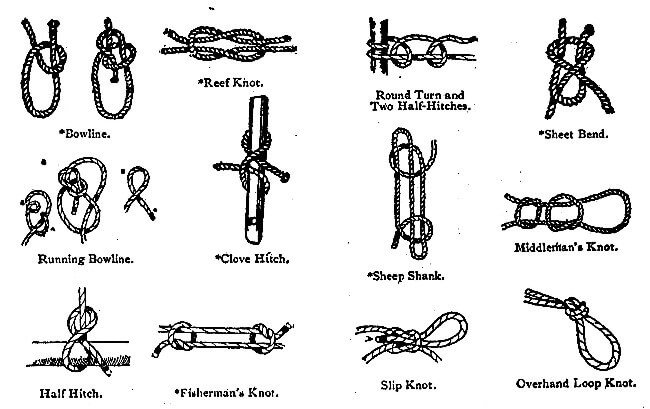 Everyone should be able to tie knots. A knowledge of knots is useful in every trade or calling, and forms an important part of a Girl Scout’s training. As it may happen some day that a life may depend on a knot being properly tied you ought to know the proper way.

Important. Many of the knots shown on these pages are open so that you may more easily see their working, but when in use they should always be drawn taut.

For more on knots, this is a great reference book to consider.

1. One long blast means “Silence,” “Alert,” “Listen for next signal.”
2. A succession of long slow blasts means “Go out,” “Get farther away,” or “Advance,” “Extend,” “Scatter.”
3. A succession of quick short blasts means “Rally,” “Close in,” “Come together,” “Fall in.”
4. Alternate short and long blasts mean “Alarm,” “Look out,” “Be ready,” “Man your alarm posts.”
5. Three short blasts followed by one long one from the Captain calls up the patrol leaders.

Any whistle signal must be instantly obeyed at the double as fast as you can run, regardless of anything you may be doing.

By previous agreement many other signals may be arranged. It all depends on the exigencies to be met or the special order or information to be conveyed. But these few important signals should be strictly adhered to in all drills and exercises of Scouts. The compiler of the present volume thinks it unwise to print the secret words so they are left for the patrol leaders and Captain to communicate verbally.

In some places mosquitoes are very troublesome. Oil of citronella will drive them away for a time but a “smudge” may be necessary. They won’t stay in smoke or wind, so hunt the breeze. There are some other flies just as bad to which the same treatment may be applied. “Black-flies” of the northern woods are about the worst insect pest in America, though the mosquitoes in some parts of the South, are nearly as bad. In some of the coast regions, too, there is a species of “sand-fly” or midge that is exceedingly annoying, but all of these are readily controlled by the “smudge.” This is a steady smoke not necessarily of an ill-smelling nature. One of the very best materials for a “smudge” is green cedar branches. They need some pretty hot coals to keep them smouldering but are very effective. 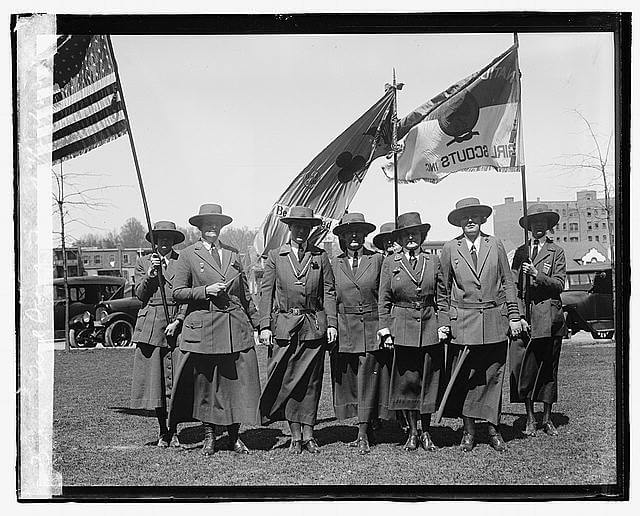 You belong to the great United States of America, one of the great world powers for enlightenment and liberty. It did not just grow as circumstances chanced to form it. It is the work of your forefathers who spent brains and blood to complete it. Even when brothers fought they fought with the wrath of conviction, and when menaced by a foreign foe they swung into line shoulder to shoulder with no thought but for their country.

Granted, this last one is not a traditional survival skill. But I contend that remembering who we are will help us get through difficult circumstances and survive.

If you’re interested in learning more, check the sidebar of this post. I’ve linked to a few of my favorite books and tools. 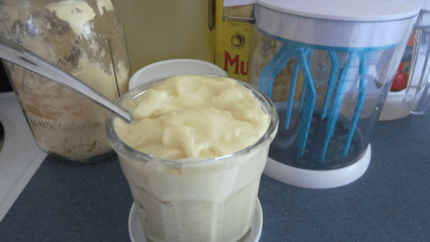 Mayonnaise After The Apocalypse: How to Make Off-the-Grid Survival Mayo

Coffee After the Apocalypse: 5 Off-the-Grid Coffee Makers for Smart Preppers